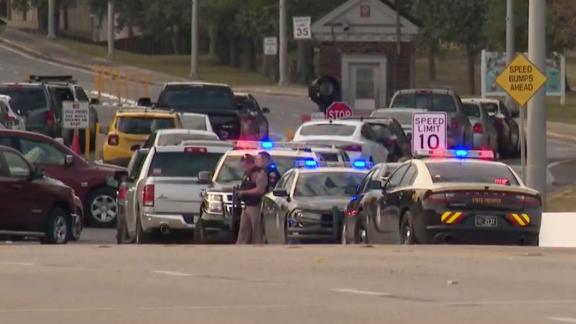 A member of the Saudi Arabian military who was training at US Naval Air Station in Pensacola is the suspected shooter in today’s incident. Investigators now looking into whether it was terror-related.

The shooter opened fire in a classroom building on Friday morning. The attack that left four people dead, including the assailant, and multiple people wounded.

Eleven people were shot all together, including two sheriff’s deputies who were the first to respond, one of whom killed the shooter, Escambia County Sheriff David Morgan said. One of the deputies was shot in the arm and the other in the knee, and both were expected to recover, he said.

While the media shouldn’t jump to conclusions it’s painfully clear this is another extreme Islamic terror attack on the United States military. The vetting processes even for allies in the middle east should be stepped up.