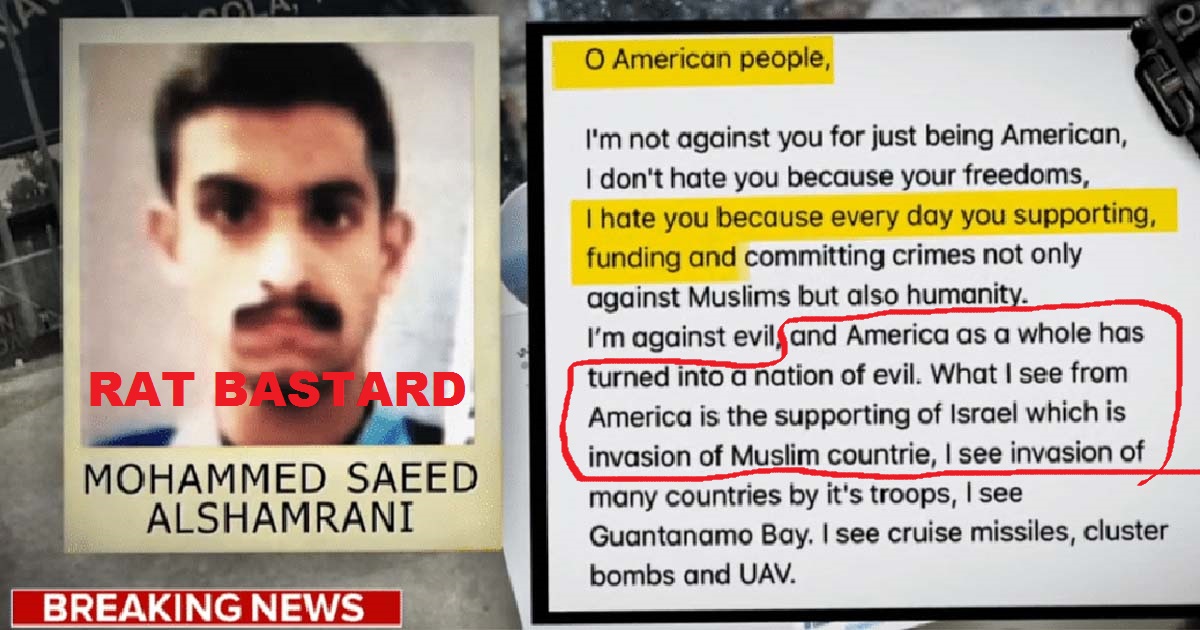 Before he carried out the attack Ashamrani posted a tweet explaining his motives for the attack. The tweet was archived here before being removed from Twitter.

“O American people – I’m not against you for being American, I don’t hate you because your freedoms, I hate you because every day you supporting, funding and committing crimes not only against Muslims but against humanity. I’m against evil, and America as a whole What I see from America is the supporting of Israel which is invasion of Muslim countrie (sic), I see invasion of many countries by it’s troops, I see Guantanamo Bay. I see cruise missiles, cluster bombs and UAV.”

This is essentially ‘blow back’ which is the same reasoning Osama Bin Laden used for 9/11.

Ron Paul has been talking about blow back for decades.

We need to get out of the MIDDLE EAST. ! Leave them to their own demise. No money to any Muslim country. No military assistance in any way! Let them kill each other. They are all our enemies. Stop allowing any person from a Muslim country entry to the UNITED STATES, I don’t care if they are a Doctor a scientist a teacher or whatever. It has been proven both here and in England and Germany and other countries in Europe that even professional people are behind bombings and massacres. How stupid are we to bring Muslims to this country… Read more »